GEN. TRIAS, Cavite – Justin Quiban stumbled in blustery finish and holed out with a double-bogey for a 73, enabling a slew of others, including fancied Miguel Tabuena, to close in that all but set the stage for a wild finish in the ICTSI Eagle Ridge Challenge here yesterday.

Dispatching erstwhile co-leader Michael Bibat with birdies on Nos. 13 and 16 to seize firm control, Quiban went 3-up over his nearest pursuers heading to the par-4 18th. But he missed a couple of shots while battling the gusts and ended up yielding two strokes on Aoki layout’s tough finishing par-4 hole.

But his one-over card, which came after he vaulted into a share of the lead with Bibat with a 65 Wednesday, still proved enough to keep him on top of the leaderboard as he assembled a 213 and closer to a third career victory after a breakthrough at PGT Asia at Luisita in 2017 and a dominant win in PGT Bacolod in 2018. 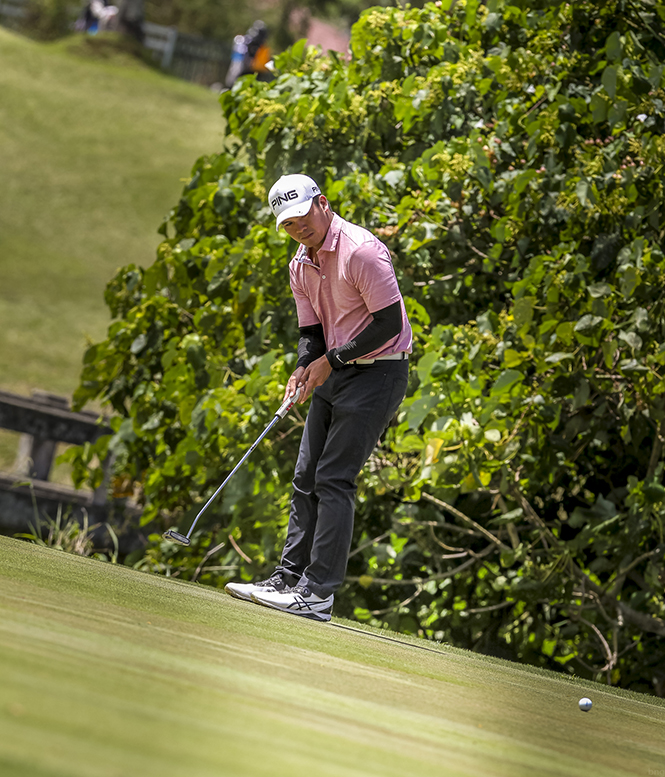 “I didn’t drive quite well and hit (irons) not so well either,” rued Quiban who described his 37-36 round that featured three birdies and two bogeys as mediocre. “But at least I was able to go up-and-down in some holes that minimized the damage.”

But his late miscue guaranteed a slam-bang finish to the P2 million event kicking off the 2021 Philippine Golf Tour season sponsored by ICTSI as Tabuena moved into strong contention on two late birdies for a 70, one of the two best scores in scorching, punishing day at one of Eagle Ridge’s four championship courses.

Tabuena, who failed to figure in the two Riviera events late last year, birdied Nos. 14 and 16 and tied Zanieboy Gialon, who also birdied the 16th, for a 73, at 214 while Richard Sinfuego also rallied late with birdies on Nos. 16 and 17 to save a 74 for a 215, just two strokes off Quiban. 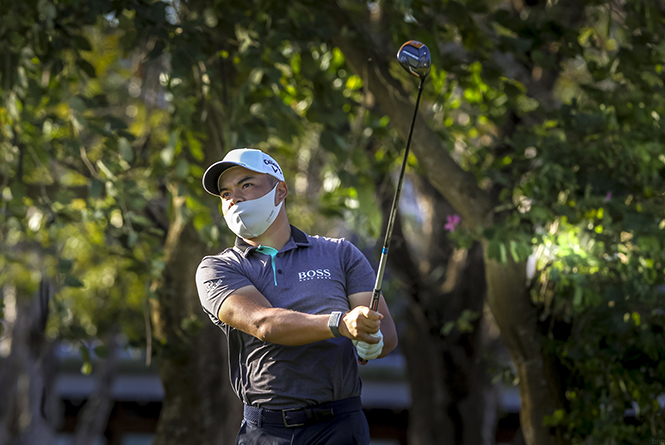 “Considering the wind, I think I played pretty solid although I could’ve played more aggressive off the tee which I might do tomorrow (today),” said Tabuena, who also gained strokes on Nos. 1 and 12 to offset his bogeys on Nos. 11 and 13.

“I like where I’m at and think I have a big chance tomorrow (today),” added the former two-time Philippine Open champion, who hinted at going on an attack mode in the final 18 holes of the event organized by Pilipinas Golf Tournaments, Inc., saying: “I might be a little more aggressive to give myself more chances.”

Steady in challenging conditions with back-to-back 70s, Bibat stayed at even par after 10 holes but failed to recover from a bogey on the par-5 11th, yielding more strokes on Nos. 13 and 14 before holing out with a bogey on the 18th for the third straight day. 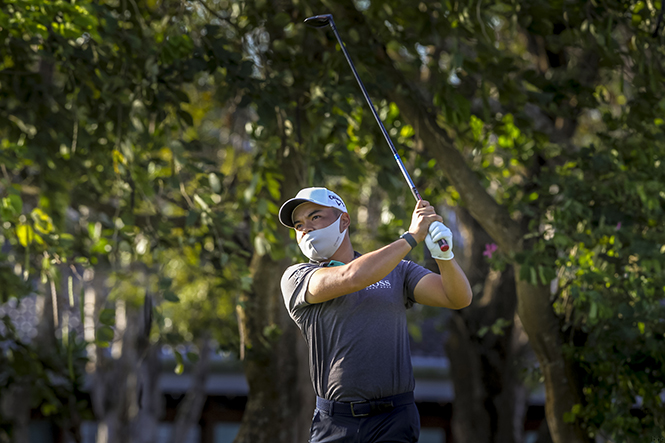 The 2013 PGT Rancho Palos Verdes champion limped with a 76 and slipped to fifth at 216 although he stayed in the hunt just three shots off the pace on a course that continued to bedevil the elite field’s games with the challenges varying in character in almost all holes. 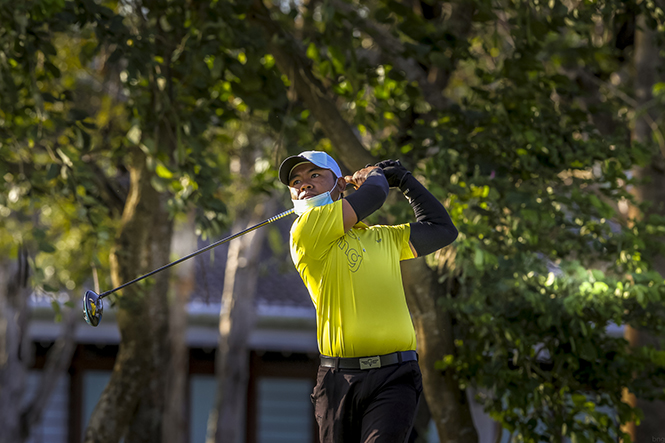 Unfancied Zanieboy Gialon presses his own drive for a championship in a long while.

Ira Alido, the runaway winner at Riviera Langer leg, groped for a 74 and a 221 while Angelo Que turned in a second straight 73 for a 222 and Rufino Bayron and Reymon Jaraula pooled identical 224s after a 77 and 79, respectively.

Marvin Dumandan and Nilo Salahog stood at joint 15th at 225 after a pair of 78s while Riviera Couples winner Tony Lascuña matched par 72 for joint 17th at 226 with Manila-based American Lexus Keoninh, who skied to an 81.

This article was originally published by Pgt.ph. Read the original article here.
SaveSavedRemoved 0

5 Ways To Play More Golf In The Zone