Phil Mickelson was hoping to become the first pro golfer to win his first three tournaments on any American tour. But a double bogey on the watery ninth hole basically ended any chances to win this years Champions Tour Cologuard Classic, at Tucson National. Kevin Sutherland was able to shake off the cold and wind to shoot a 4 under par 69 and take the Conquistador helmet, emblematic of the winner of the last 60 professional men’s tournaments in Tucson. Sutherland had to come back from a four shot deficit to beat a dejected Mike Weir, who had bogeys on two of his last three holes. Sutherland said he came up with his two best shots of the whole tournament on the last hole…especially a perfect drive on the always tough 18th hole, “It’s the hardest tee shot on any hole I’ve ever played”, Sutherland added, his voice quivering with emotion.

Sutherland was a longshot, considering the event had 9 out of the top 10 ranked  Champion’s Tour players, a list Sutherland is not on. With Mickelson, recent two-time winner Jim Furyk and last year’s champion Bernhard Langer in the field, Sutherland was an unlikely winner. Mickelson got his first PGA victory at Tucson National back in 1991, when he was still an ASU student…the last golfer to win a tour event as an amateur.  He’s since won three times in Tucson as a pro, and was hoping to do it again. 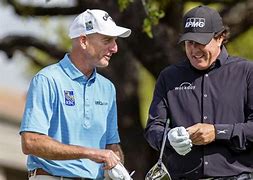 Another former Arizona college great, and maybe the greatest woman’s golfer of all time, came out of retirement to try to regain some of that form which took her to lofty heights 25 years ago. U of A alum Annika Sorenstam, who recently turned 50, received an exemption from the LPGA for this weeks tournament, the Gainbridge, at her home course, Lake Nona in Florida. Sorenstam made the cut, but said she got very tired, and came in with a 13 over par four day total of 301, 29 shots behind the winner, Nelly Korda. Annika said she doesn’t expect to play in any more events on the short term, but may try to play in the US Women’s Open in August. 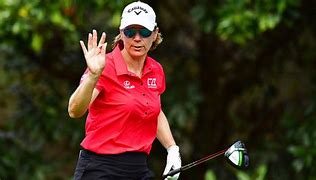 This article was originally published by Gogolfarizona.com. Read the original article here.
SaveSavedRemoved 0

5 Ways To Play More Golf In The Zone

Golf is a Game of Mind Control

How To Avoid Choking In Golf